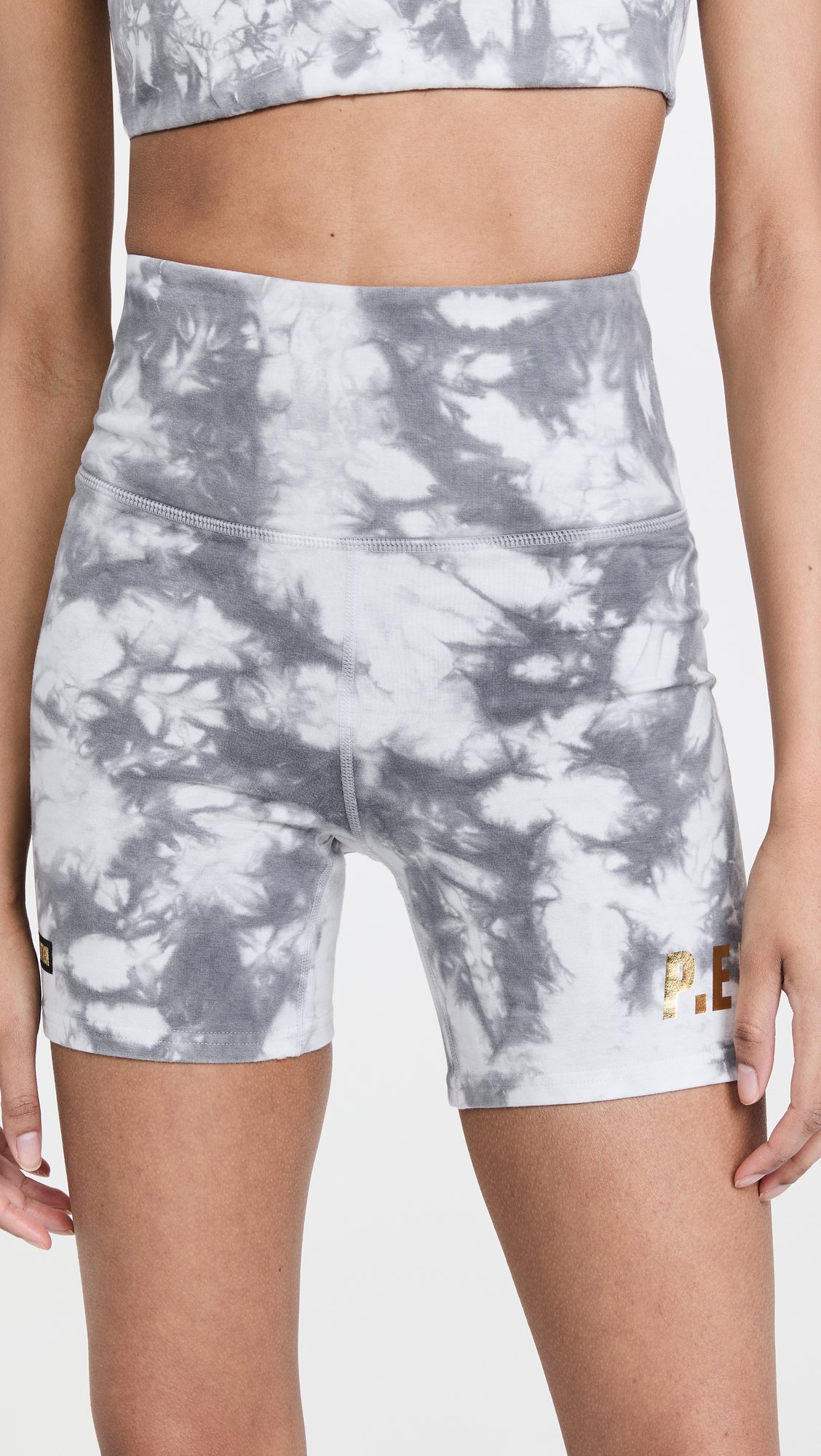 The Ascend Short in Dark Shadow comes as part of our Adventure Is An Attitude Collection. A high rise 5” bike style short with a tie-dye style print, each Ascend Short has been hand-finished individually, making each one unique and one-of-a-kind. Cut from a brand-new 95% organic cotton fabrication with a compressive structured fit and feel, the Ascend Short is designed for low-impact training, including yoga, Pilates and KAAIAA. Built in waistband support keeps the short in place so it moves with you through your sequences and sets. A gold-foil P.E Nation logo on the leg and logo patch on the opposite elevates the Ascend short further. Match it up with the Ascend Sports Bra or Half Volley Long Sleeve Top for a complete studio set.